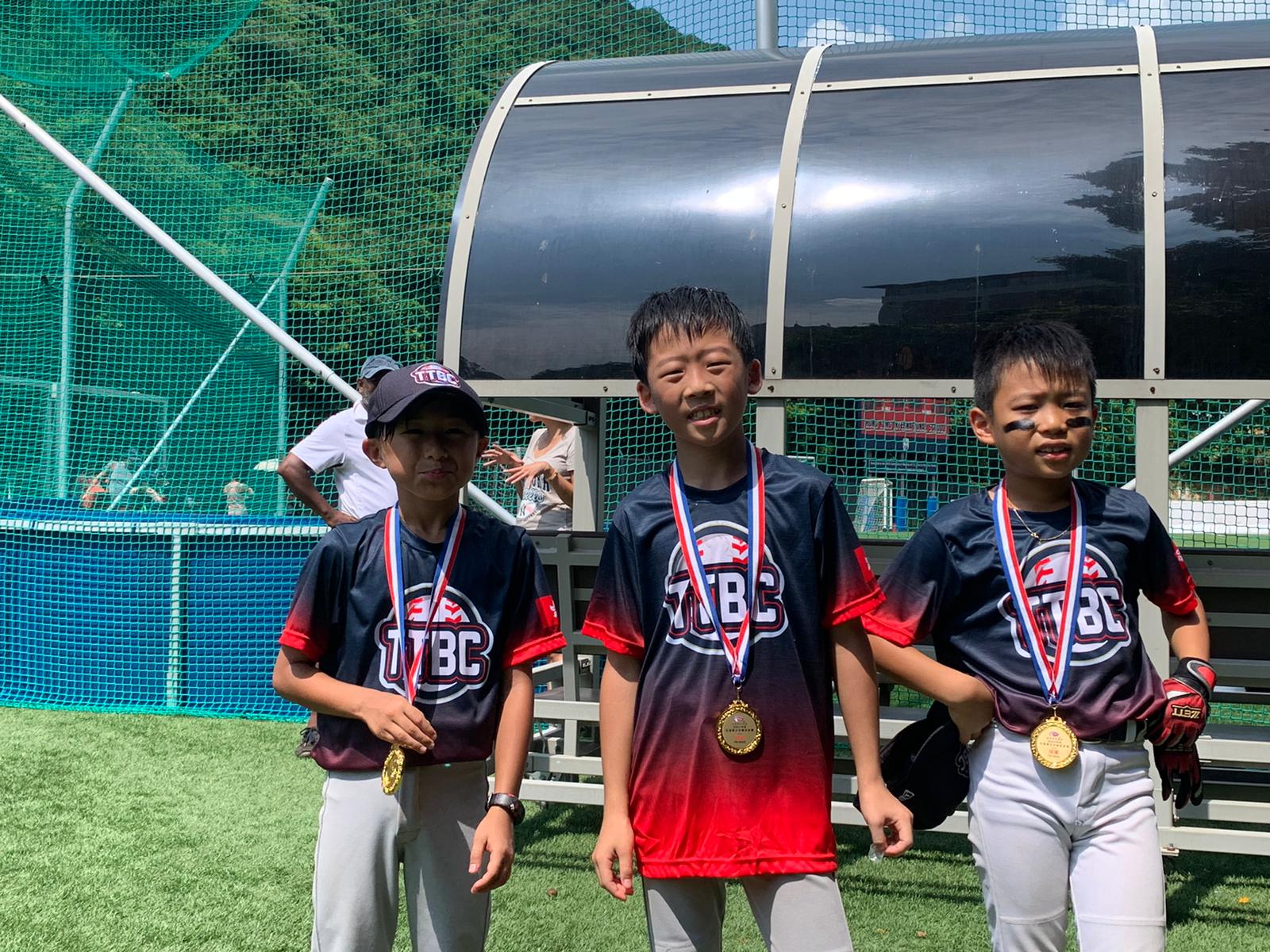 The Eagles beat the Royals 13-5 this past weekend.  Wuchan Nam led the hitting going 2 for 2 with 3 RBI and a double.  Jame Looram, Fred Ernst, and Daniel Looram each collected 2 hits and Ryan Gardner collected a triple.  The pitching was anchored by Andes Chai who struck out 3 and allowed 1 run in 2 innings and Max Barney came in to close out the game over the remaining 2 innings.  ANother solid game for the Eagles who along with the Typhoons are fighting hard for first place.

This past Sunday, the Pirates went up against a very tough Korean Angels team. It was an intense back and forth game all the way through to the final inning, resulting in a 9-9 tie.

On the mound was Khai Harris, who threw well over 80 pitches, and Ryan Kim coming in the fifth inning as relief. The pair held the Angels to nine hits while striking out eight. Defensively, there were a couple of mishaps, but the Pirates really came together as a team. Special mentions to Ian Horng, who had several direct throws from right field to home that made runners stay at third, saving several runs, and Briggs Freeman, who anchored the defense, catching for all six innings.

Offensively, every member of the team contributed. The Pirates totaled 13 hits with no strikeouts.

It was a great game to watch, and although the score doesn’t reflect it, it was clear that the Pirates outhit and outpitched the Angels.

The Eagles improved to 7-1 on the season again combining some solid hitting and pitching, winning against Ninewest 18-2 in 2 1/2 innings. Harrison Waag and Adrian Unertl combined for a 3 hitter and 7 strikeouts and while neither displayed their best form  this year they still pitched well.  Our hitters went at it again combining for 18 hits with Adrian going 3 for 3 and Ken Ando, Waag, Gus Ernst, and Taylor Gardner each collecting 2 hits a piece.  Next up are the second place Buffaloes that gave the Eagles their only loss of the year.

Most Valuable Scrapper this week is Sierra “Lightning McQueen” Lee made a great catch in center field and also collected 1 hit using her legs to get an infield hit.  Sierra is one of the most coachable, easy to work with kids I’ve ever coached.  She is a great teammate, always hustling, and continues to improve at the plate and in the field.  The team voted unanimously this week she was the MVS!  Great work Sierra!!

“There can only be one!”

In the on-going battle for Tai Tam supremacy, the Typhoons hosted the Sharks this Sunday resulting in the Typhoons winning the first meeting with a convincing 11-4 victory.

On the Typhoons side of the field, it was a complete 180 from their last game as the pitching staff learned their lesson and went from giving up 18 walks against the Swallows to only allowing two base on balls against the Sharks.  The strong pitching performance was led by Eugene Yan (3-2) who threw two and two-thirds of an inning giving up only two unearned runs while striking out three.  Simon Chen came in relief delivering two innings of his own striking out five and Parker Shapiro finished up the contest in his first career game on the bump.

On the offensive side of the ball, it was another full team effort as the team becomes more and more aggressive in the strikezone.  Saul Friedman picked up his second hit on the season bringing in the second run in a two run first inning.  The Typhoons scored four more runs in the second and five runs in the third led by RBI singles from George Rao and Eugene Yan.  The aforementioned Eugene, Valerie Chang, and Adam Liu led the team with 2 RBIs each.

For the Sharks, they made a lot of contact at the plate, but the Typhoons defense was up to the challenge. The day was highlighted by Ethan Man and Aaron Lee  (“Lee-Man” or “Man-Lee”) hitting out of the 7-8 spots and scoring all 4 runs, with Lee having his second 2 hit game.

On the mound, the Sharks were without starter Taku Cheng, which led to a number of good opportunities for the rest of the bullpen. Connor Wang made his first start, and Ethan Man and Ryder Lee had their pitching debuts. Lee was particularly impressive with a 1-2-3 inning and 1 K.

The game was fun and spirited, and we look forward to a possible re-match in the playoffs!

In the main field, we had an old fashioned slug fest between our two heavy weights. In the end, the Dragons were able to quell a Thunder rally when Franklin Karnitz stopped a rocket at 3B to end the threat. Franklin also went yard earlier in the game. Their league age 6 year olds, Violet Hosford, Hunter DeWaal, and a recent TBall callup Luke McDermond all contributed with hits and smart base running. Nicky Artman’s glove at 1B continues to impress our minors scouts. For the Thunder, the Gill brothers made plenty of noise with Axl going 3 for 3 with a double and a homer to drive in 3, while Sawyer collected 3 singles of his own. John Lo and John Sweeney also had multiple hits. Robbie Pliner caught a flyball for the third consecutive week and made difficult plays look routine from the pitcher’s helper position.
Sharks 19 – 2 Typhoons
The game started out tight, but the young Typhoons lost steam and focus late in the game and the Sharks pounced to take advantage. Bryce Amber hit his 5th homer of the season and drove in 6 runs. His brother Blake went 2 for 3 with a triple and 2 RBIs. Switch hitting Logan Yein, Benito Barnes, Carter Ash, Cayden Christie, Sammanth Man, and Azura Rupani all collected 3 hits each.  Blake Shapiro, Jacob Tsai, and Jake Plotkin had multiple hits for the Typhoons. Brady Fallon displayed great range and impressive glove work at 3B. Ella Johnson was struck in the face by a hard hit grounder, but after receiving brief medical care, she couldn’t get back on the field fast enough to defend the hot corner. No doubt that kind of toughness will eventually turn the season around for the Typhoons.
For this week’s TBall Future All Star, we are featuring the first of 2 sibling sets we have in TBall. Cash Brady #14 Bats/Throws R/R and Wilder Brady #17 Bats/Throws R/R.
Cash (league age 7) is a tall, long athlete with excellent speed. His power may not come until he reaches the majors but will surely hit for average and play gold glove caliber defense in CP and minors. A multi-sport star (rugby, ice hockey, tennis), Cash just started playing baseball, but he is a smart, instinctive player who will learn the game quickly. His brother Wilder (league age 4) on the other hand is currently the youngest player in TTBC and getting an early start in baseball. Well built with already impressive raw power, Wilder is expected to hit with plus-plus power by the time he reaches the minors. With his natural arm strength and a bulldog mentality, he could excel on the mound if he can work on his command over the next several years. Both boys enjoy the outdoors, going camping, hiking, and skiing whenever possible. 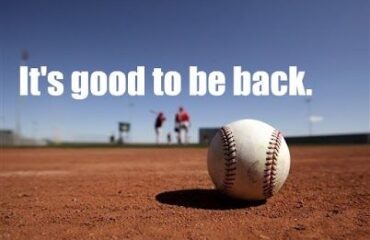