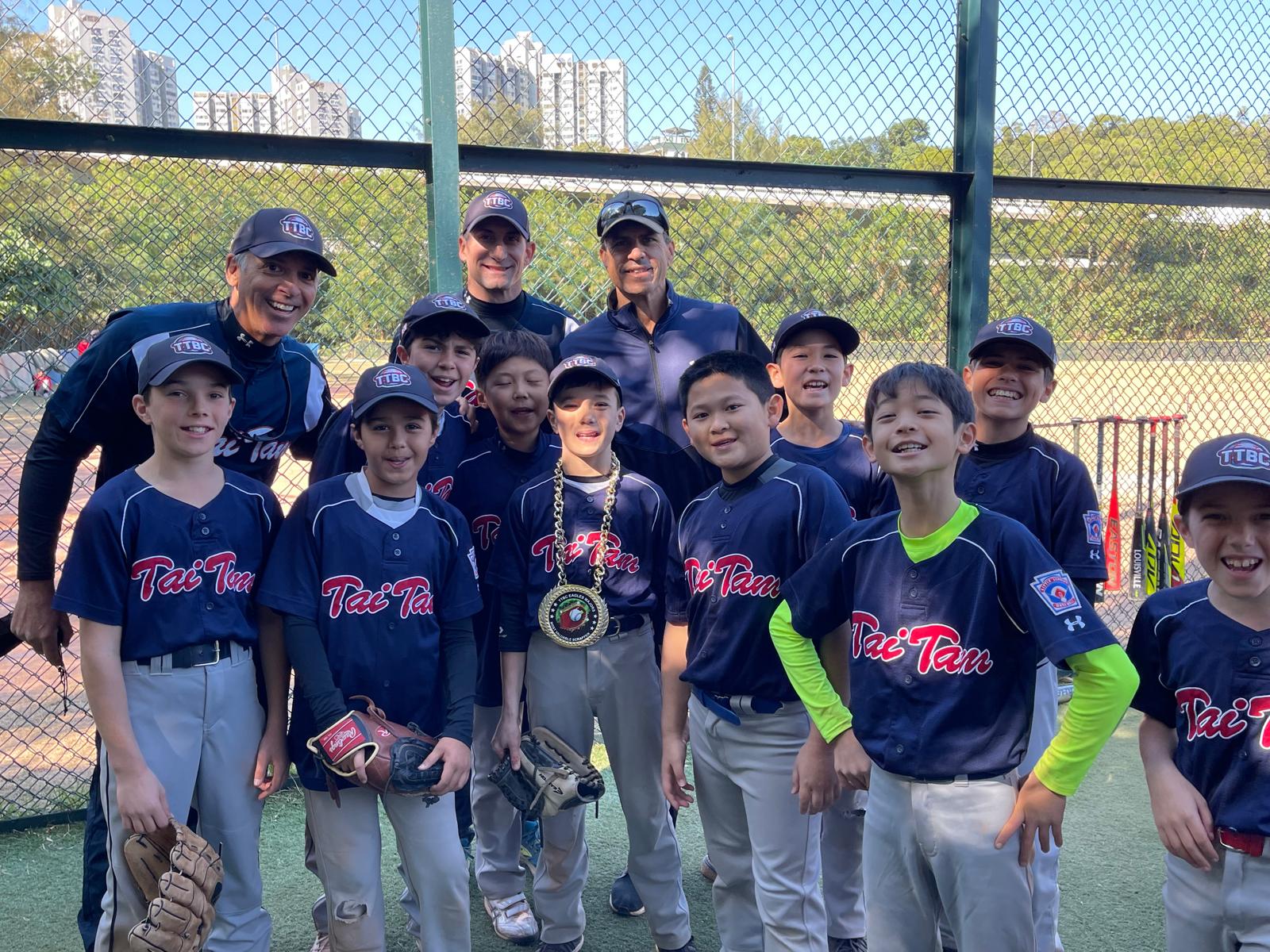 Typhoon Juniors defeat Martins by a score of 27-0

Some might argue that with a score line of 27-0 this was not really a baseball game at all, perhaps just casual batting practice against a very young and inexperienced local team, the Martins.  Regardless, the Typhoons did not disappoint at the plate or in the  field.  It was a hitting bonanza: 24 hits in 31 plate appearances: Jacob Lee and Julian Zhang went 4 for 4 with 6 singles, two doubles and 6 RBIs between them; Shaye Schroth hammered 3 doubles in a row for 4 RBIs; Daniel Zhang, Ethan Holland and Theo Simms each went 3 for 4 and Daniel slammed his first home run of the season.  Theo and Daniel each had 4 stolen bases.  The pitching was impressive: Shaye, Ethan and Jacob Lee faced only 13 batters and hurled a mere 55 pitches to shut out the struggling Martins, who managed to get only one hit and a handful of players on base.  The Typhoon defense was relentless, throwing out 5 batters who managed to get the bat on the ball and pulling off a double play.  The Typhoons are rolling on with a 4-2 record and in 3rd place in the Juniors standings.

The U14 Typhoons were not in action last Sunday but play in the National Stadium in a big game this coming Sunday – should be epic!

The Pirates Majors played the Orix Buffaloes this past Sunday.  It started as a close game, but the game slipped away, and the Pirates couldn’t recover in a 15-3 loss.  Khai Harris started on the mound with Ryan Kim and Isshin Satake coming in as relief. The pitching started great, holding the Buffaloes to one run in the first inning. However, Buffaloes found cracks in the defense and drove in five unanswered runs in the second inning.  The Pirates clawed back in the third with a small rally to rack up three runs. Takeo Blakely led off with a double, followed by five hits down the lineup.

However, the flood gates opened up in the fourth inning, with the Buffaloes scoring nine runs – unfortunately ending the game.  It was a tough loss but a good learning experience for all. Next up: are our fellow friends, and always tough, the TTBC Eagles.

The TTBC Eagles played the Korean Angles and won 12-2.  Adrian Unertl started for the Eagles giving up 1 run over 2 innings and Harrison Waag came in relief and also gave up one run.  The Eagle’s bats were hot collecting 18 hits over 4 innings.  Harrison Waag, Roy Son each had three hits  and Gus Ernst, Ken Ando, Joseph Nelson, and Taylor Gradner each had two, putting the Eagles back in first place in the majors division.

Most Valuable Scrapper- Ken “Commando’ Ando- Ken caught 6 innings asking the coaches occasionally at practice why catcher is so important.  Well Ken, you threw out two Buffaloes on called third strikes, got a swinging bunt and threw that runner out and are always jumping around back there ready to make a play!  And…you caught all six innings never asking to be taken out.   That’s why you  were this week’s Most Valuable Scrapper!!

The Dragons and Typhoons played each other in an epic game of the year.  Always tough to play against your friends, this time the Typhoons came out ahead winning 15-14 with 5 in  the bottom of the 4th.  Troy Change and Goerge Hosford each collected two hits for the Dragons while George pitching collected two strikeouts.  For the Typhoons, E. Park collected 2 hits and the four pitchers combined for 9 strikeouts.  No doubt these teams will face off again later in the year for another battle of TTBC teams.

The Sharks beat the Lions Blue 15-0 behind stellar pitching for Troy Cheng and J Zhu combining for 7 strikeouts and only 6 walks.  Batters collected 14 walks and 3 hits keeping the Sharks on the basepaths all afternoon improving the Sharks record to 5-1-1.  Always a great day to pitch a combined shutout in the Minors which rarely happens with a strong defense behind the two pitchers.

The two old rivals delivered a beauty on a crisp fall morning as the Thunder battled back to drop the Sharks with timely hitting and solid fielding throughout the game. John Sweeney went 4 for 4 with a 3-run homer to lead the hit parade for the Thunder. Veterans Robby Pliner and Axl Gill added 2 singles and a double each. All 10 players hit safely and recorded at least 1 RBI. Robby made an acrobatic catch behind the mound and doubled up the first base runner to end the second inning, while Axl recorded all three outs from the SS position in the top of the 5th to end the Sharks comeback. For the Sharks, Bryce Amber continued on a tear driving in 5 runs with a homer and a double. Logan Yein collected 3 more hits to remain perfect for the season.

In the sub field, Dragons continued their hot streak by dispatching the improving Typhoons by the score of 13-7. The Dragons relied on clutch hitting with contributions from Luc Ikeda, Cate Cheng, and Hunter DeWaal. Franklin Karnitz put the game away for good with a 2 run double late in the game and Nicky Artman made key defensive plays at first base to secure the lead. The Typhoons are showing tremendous improvement through the first three games as everyone in the lineup is starting to make solid contacts. Theo Hirano had multiple hits and Ella Johnson made a dazzling stop and an unassisted force out on a hard grounder to third. Jake Plotkin also shined on the field flashing his high baseball IQ.

For this week’s TBall Future All Star, we are featuring Luke Purser, #12, Bats/Throws R/R.

Luke (League Age 6) is following in his sister Aria’s (CP Thunder) footsteps after falling in love with baseball at a White Sox game this past summer. His fearless approach to the game is on full display in the box, on the base paths, and in the field. The coaches love his all out effort, but he may need to slow down as he gets older to prolong his career. TTBC will also be competing for his service with the local soccer team, as well as the gaming industry as he is one of their best up and coming gamers. 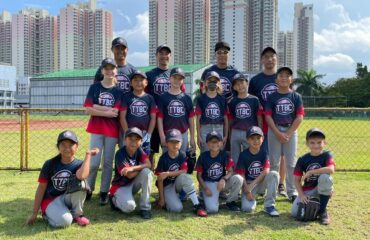 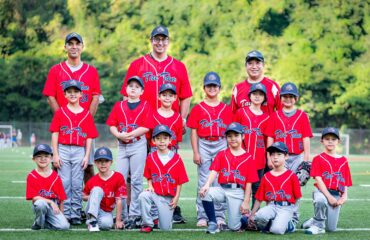